It all started in the United States Marine Corps

Or did it? Many of us believe that some people are born with a skillset or Talent that prepares them for some endeavor somewhere down the road of life. For Ski, it surfaced while serving in USMC. He enlisted at age 17, completed high school then spent the next two years in the “Green Machine” as he called the Corps. Shortly before discharge from active duty [they had two year enlistments back in the 1970s] he was awarded a Letter of Commendation for his efforts in process improvement. It seems even then a 200 year organization as successful as The Marine Corps appreciated a process of on-going improvement.

Those words were spoken to Ski by his dad. He wondered how his son would cope. “Consulting.” Was his response. Then both of them smiled! And so it was that in November 1981 a colleague of his dad asked for some computer help. Ski is a serial entrepreneur since age 11, beginning with a most noble goal: Support his motorcycle habit. 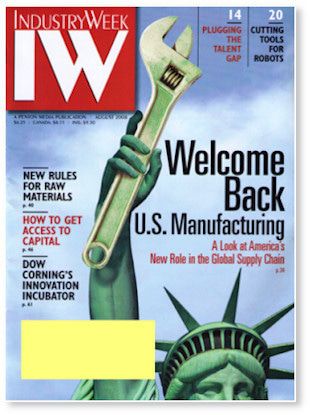 In 1992 IndustryWeek magazine carried a book review on the occasion of the release of the 2nd Edition of The Goal — A Process Of On-Going Improvement by Dr. Eli Goldratt. Even better, the local library had a copy!

In November of 2000 he met Goldratt in person and decided to create an international business magazine around his methodology. TOCreview magazine’s premiere issue was published 95 days later. What an adventure. After writing a book in the winter of 2003/2004 and gathering a number of rejection slips he self published Purple Curve Effect — SKI’s Throughput on Command [going on to publish two other books for colleagues and mentoring others on the process].

It the Fall of 2002 Ski completed the Jonah Certification with H. William Dettmer. He then branded this new 6 day training [it takes two weeks of training with a week’s break in between for traditional training from A.Y. Goldratt Institute]. Ski called it the Jonah3+3™ and signed up two colleagues to go through the course as well.

In August 2004 while riding around the USA on his motorcycle Ski tried a LBO [leveraged buy-out] of the Red Horse Motorworks custom OEM. He was able to more than double production in just 90 days but was unable to raise the funds for purchase. Before leaving Red Horse, his marketing efforts created more than four times the demand as a result of the new manufacturing processes. He had implemented TOC’s sDBR — Simplified Drum-Buffer-Rope — to keep up with the new found demand.

Goldratt was on a new mission in 2005 and Ski signed on to help with the Events and Events Marketing [having had a client in that space back in 1999]. For almost a year he worked part-time on the recently formed Goldratt Consulting marketing efforts across the USA and was onsite at the Denver, Dallas, San Diego, and Raleigh events. Ski’s White Paper on Distribution [the TOC way] was used to help promote the events.

2008/2009 RhinoGATOR: Using my Purple Curve Effect model, I assembled a team and we created an API driven Job Board and got some traction in just 90 days.

2012 GoLive Magazine: Had the idea at Patriot Boot Camp [now part of TechStars] in July 2012 and created a startup to create digital magazines. First for the iPad using Adobe inDesign then added Android, Nook and Kindle.

2011 Staff My Agency: Using Marketing the TOCway, was able to join a startup and fix its sales and marketing efforts and put it on sound footing in just 90 days.

2017 Agile Audio Dashboards: Another startup and work in progress, we have pivoted into a “reseller” model with a number of affiliate vendors and one major joint venture, giving birth to an amazing VoiceFirst Platform: SurveyLine powered by Voice Metrics LLC of Columbus, Ohio.

March 2020 VoiceFirst Careers: Six month old startup once again tackling the chore of getting America back to work. Basically, reinvented the hiring process for the Year 2020 in light of the Covid-19 epidemic.

VoiceFirst Exploits of the Ski Man It started along about 1991 on the NeXT Computer NeXTstation I bought used for three grand, it was simply awesome. As most techies know, the NeXTstep Operating System became Apple Mac OS version X when... Continue →